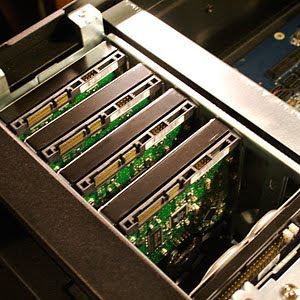 « To make DISCERN start acting like a schizophrenic brain, however, researchers changed these modules to mimic different kinds of brain damage. Miikkulainen and Uli Grasemann reprogrammed the memory encoder so that it would learn at an accelerated rate, forcing the computer to remember story details that it would have normally dismissed as irrelevant. Instead of learning the stories faster, DISCERN got confused, mixing up stories with entirely different plot lines. When they did the same thing to the story generator, DISCERN began inserting itself into the third person stories, even claiming at one point that it planted a bomb. (The bomb scene was part of a terrorist story, but with the memory encoder on hyperdrive, DISCERN thought that the story was in the first person and placed itself as the terrorist in the story.) »

Popular Mechanics : How to Build a Schizophrenic Computer